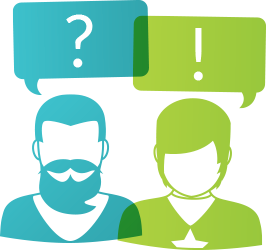 Alcohol is a causal factor in more than 60 medical conditions, including: mouth; throat; stomach; liver and breast cancers; high blood pressure; cirrhosis of the liver and depression.
In England in 2017/18, there was an estimated 1.2 million hospital admissions related to alcohol consumption.
More than 25 million adults in England regularly drink alcohol. [1, 2] Statistically, drinkers are more likely to be employed than non-drinkers.
This means the effects of overconsumption of alcohol are often felt in the workplace. It also means that the workplace can be a good place to help people identify alcohol problems and overcome them.
Perhaps surprisingly, most alcohol-related workplace incidents are not caused by very heavy drinkers but by more moderate drinkers. As little as one small drink of alcohol can impair concentration and affect reaction times, but most people are unaware of the number of units they consume or how long alcohol remains in the body.
Lost productivity due to alcohol use costs the UK economy more than £7 billion each year.

The recommended weekly intake for both men and women is 14 units per week, spread over 3 days or more - but what is a unit?
Click here to see how many units are in your favourite drinks and how many you're currently drinking. 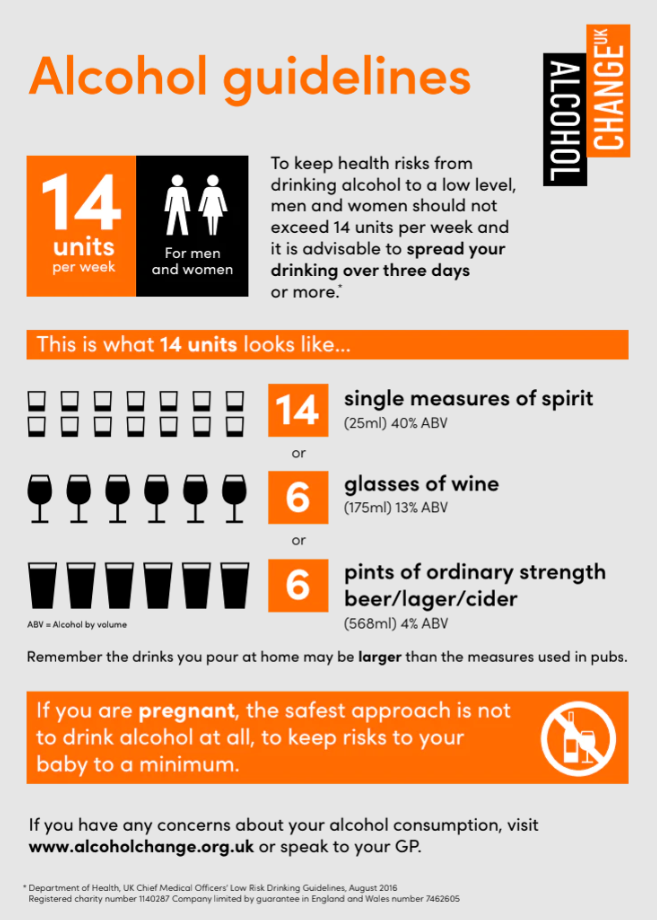 Did you know a standard glass of wine can contain as many calories as a piece of chocolate, and a pint of lager has about the same number of calories as a packet of crisps? So, if you're trying to lose weight you need to think about what you are drinking as well as what you are eating.

Am I drinking too much.pdf

Lost productivity due to alcohol use costs the UK economy more than £7 billion annually, and an estimated 167,000 working years are lost to alcohol every year [3]. People may attend work hungover or still under the influence from the night before, consume alcohol before work or during the day; or their work may be affected by health problems resulting from drinking.
Here are a few examples:
Workplaces don’t just suffer from the effects of alcohol – they can exacerbate the problem. 27% of people say that workplace stress makes them drink more [7]. Many workplace cultures also encourage drinking, whether through informal socialising or workplace events where drinking is considered the norm and alcohol is often made available for free.

Who is at risk?

Research shows that employees in some industries are more likely to become heavy or dependent drinkers than others [8]. Heading the list are mining and construction, hospitality, arts and entertainment, utilities, and wholesale.
However, there are other important risk factors that have been identified as increasing the likelihood of alcohol-related harm:
On average, consumption tends to be higher among people in managerial and professional roles compared to lower paid occupations [1].

Reduce your risk of:

Welcome to our Social Care microsite

Please tell us a bit about yourself so we can show you relevant information:

What is your organisation's name?


Which local authority area are you in?


Are you an employer or a member of staff?